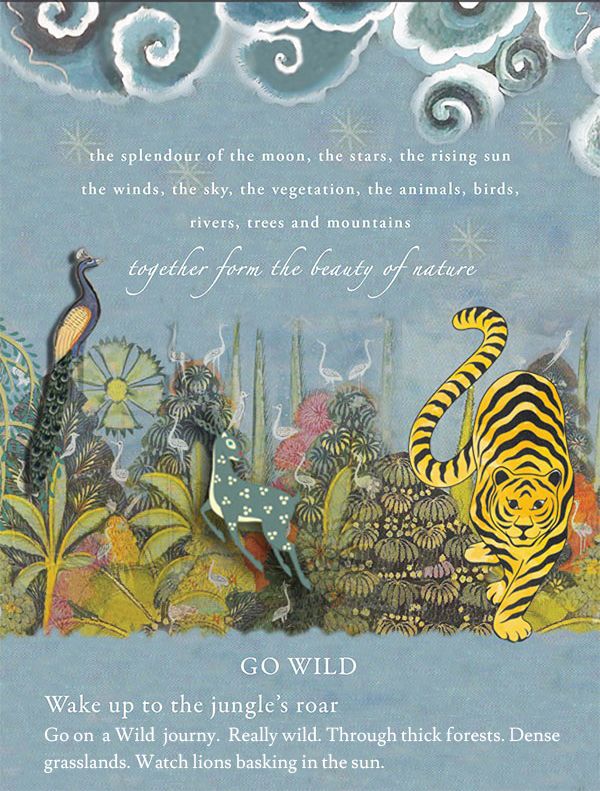 Or, tigers watching you. Ride on an elephant’s back high above the tall grasses and experience the jungle come to life. See birds that have flown to India all the way from Siberia to escape its minus zero degrees temperature to hatch their young ones. And lose yourself in the colourful delights of those, which are native to the country.

Walk in the dense Western Ghats. One of the most biologically diverse places on earth. Witness insects scurrying around, the arboreal animals jumping from one tree branch to another, examine its flora and revel in its fauna.

In the majestic Himalayas in the north get up close to mountain animals. The north-east beckons you with its pride—the one-horned rhino. Further deep get in the company of Mahseer fish (their weight reaching 54 kg or 119 pounds). Then there is the world-famous Mangrove forest of Sundarbans hiding within its maze the Royal Bengal Tiger. In the west walk in the company of the King of the Jungle, the Asiatic Lions. Find tigers in abundance in Central India. And in south visit its national parks to see the serene elephants. While the seas are filled with tantalizing marine life.

Rest assured that India’s wildlife would never cease to amaze you. Click Here

Up in the Himalayas

India is amongst the few countries that can rightfully claim to be home to the elusive Snow Leopards. Found in the upper reaches of the Himalayas in the states of Jammu and Kashmir, Himachal Pradesh, Uttarakhand, Sikkim and Arunachal Pradesh the sight of these 2-foot tall animals depends on a combination of perseverance, chance and plain luck.

Still it is an opportunity that one should always bank upon, if not anything than to understand why they are at the receiving end of the struggle for survival between humans and animals. Numbering not more than 450 to 500 and inhabiting sparsely vegetated climes the Snow Leopard tour also makes for an adventurous journey into a rarely visited eco-system. Click Here 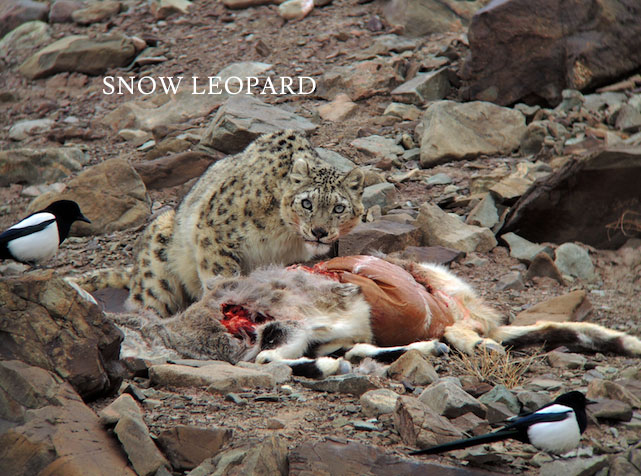